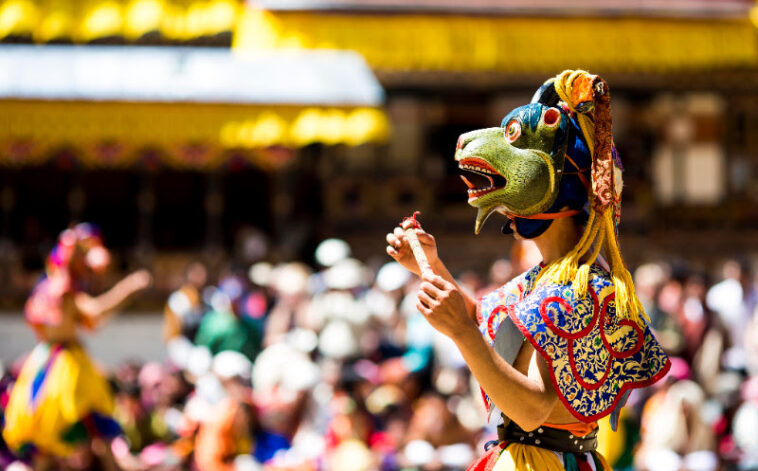 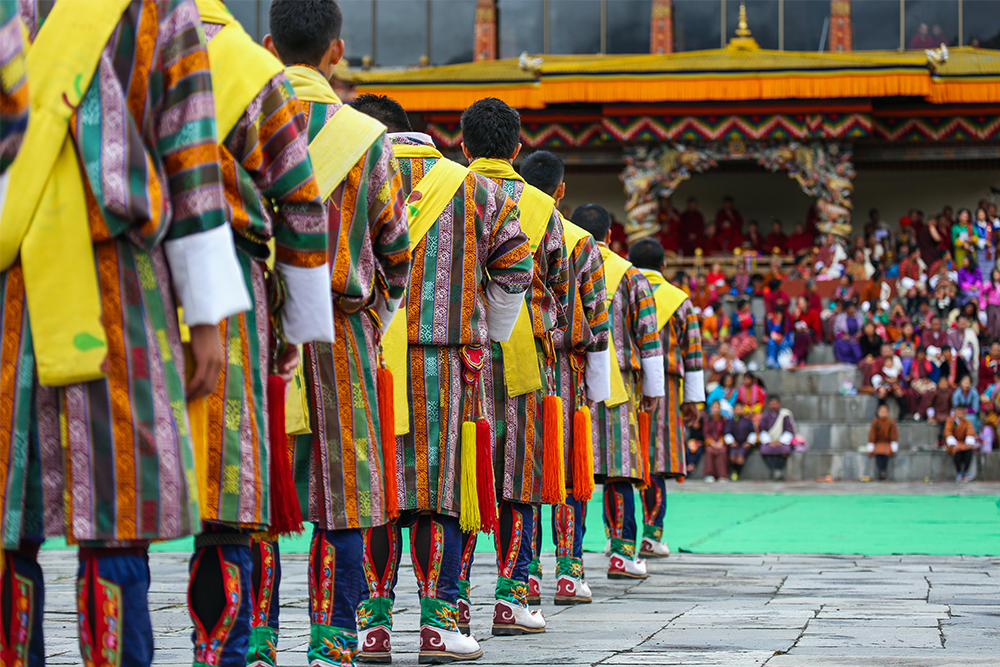 Apart from the popular places to visit in Bhutan, the festivals in the country are known for their rich vibrancy and intoxicating atmosphere. Ancient celebrations that trace the religious history and legendary re-enactments of illustrious victories mark the calendar of Bhutan. Enchanting mask dances, engaging performances, display of artwork are some of the major highlights of the festivals.

Bhutan has a beautiful lineup of festivals for almost every month of the year. We thought to ramp up your Bhutan travel guide with a list of the most important festivals that you can consider while planning your trip. Tsechu is a Buddhist festival that is held in honour of the man who introduced Bhutan to Buddhism, Guru Rimpoche. It is one of the grandest affairs in Bhutan featuring masked performances, and attracts huge crowds. Thimpu celebrates this festival for three days, which is preceded by days of devoted prayer to invoke the gods. People from all over the country huddle here, dressed in their finest clothes.

When: The festival is held on the 10th day of the 8th month in the lunar calendar which happens sometime in September or October.

Key attractions: The festival showcases elaborate Cham dances performed in costumes and masks. Monks and professional dancers take part in this dance in the Tashichho Dzong courtyard. It serves as a large social gathering, and you can see a great number of Bhutanese people dressed in rich traditional clothes. The festival culminates with the unfolding of the cloth thanka, which is a sacred scroll that depicts Guru Rimpoche and other saints. 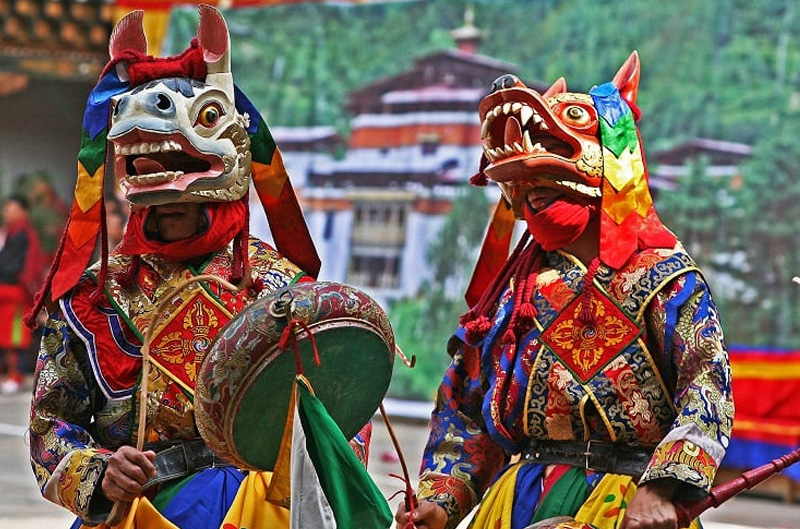 The secluded Haa Valley is a two-hour drive from the Paro International Airport. This new festival of Bhutan was initiated in 2011, and has attracted huge gatherings since. Locals and tourist alike come together and celebrate the heritage, religion, culture and sports of Bhutan. Set in the wilderness that offers stunning views of the Himalayan landscape, the festival primarily focuses on the lives and traditions of the nomads of the Haa Valley.

When: Also known as the Monsoon Festival, it is usually held in July.

Key attractions: Vibrant paintings and pictures displayed during the festival will give you a fascinating insight into the lives of the nomads. Numerous religious performances, songs performed by school children, and traditional sports competitions are held. Various local art and craft items are also exhibited during the festival. You can indulge in a fun Yak ride, learn the folk dance, and taste the local fares of the Haa people. Another major highlight is the 100 km bike marathon that is open to all participants.

This is another festival in honour of Guru Rimpoche with a variety of traditional dances being performed to mark the establishment of the Jambay Lhakhang Monastery in the 7th century. A notable highlight of the festival is Tercham, which is the Dance of Treasure. Masked dancers perform the dance naked in the dead of the night inside the monastery. The dance seeks blessings for infertile women so that they may bear children, and tourists are generally not allowed.

When: The festival is celebrated according to the lunar calendar in the month of October or November.

Key attractions: The fire ceremony, Mewang, is one major attraction of this festival. Locals dance energetically under a structure of dry grass that is set ablaze. Numerous other traditional dances are also performed like the drumbeat dance, Dola Pangtoy Shazam and Raksha Mangcham. 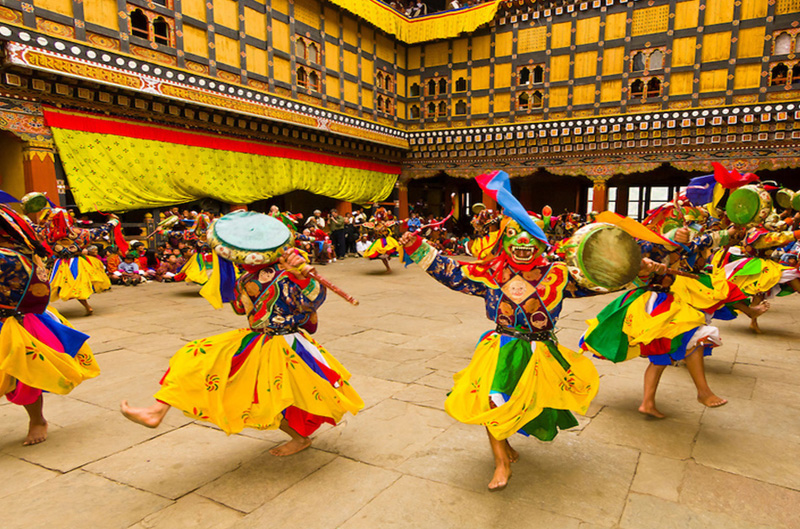 In the 17th century, Bhutan was unified as one nation after Zhabdrung Ngawang Namgyal of Punakha defeated the invading Tibetan army. During that time, there was no national army, and the young men from the eight village blocks of Thimpu had volunteered to fight the battle. In honour of this glorious victory and the brave youths, the Punakha Drubchen festival was held. The festival is a unique one, and serves as a yearly reminder of some of the consequential moments from the battle.

When: The festival is usually held in the months of February or March in the main courtyard of Punkaha Dzong.

Key attractions: A major attraction of this festival is the fervid re-enactment of the famed battle. The scenes are performed by local militiamen who are dressed in ancient battle uniforms, carrying weapons. It is a tribute to the locals who had come together in the time of need and driven away from the enemy.

After choosing your Bhutan holiday package, the next important thing to do is to decide when to go. The autumn months from October to December with clear air and sunny skies are ideal for a vacation. January and February are the coldest months, but the climate is pleasant and dry, and a trip to mountainous Bhutan can be extremely rewarding.

If you are travelling from West Bengal and have availed a Bhutan Tour Packages from Kolkata, try to match your dates of travel with any of these festivals. 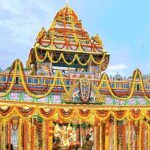