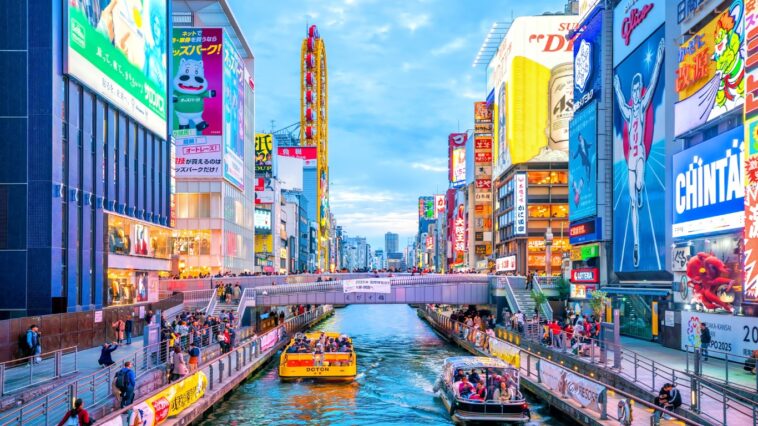 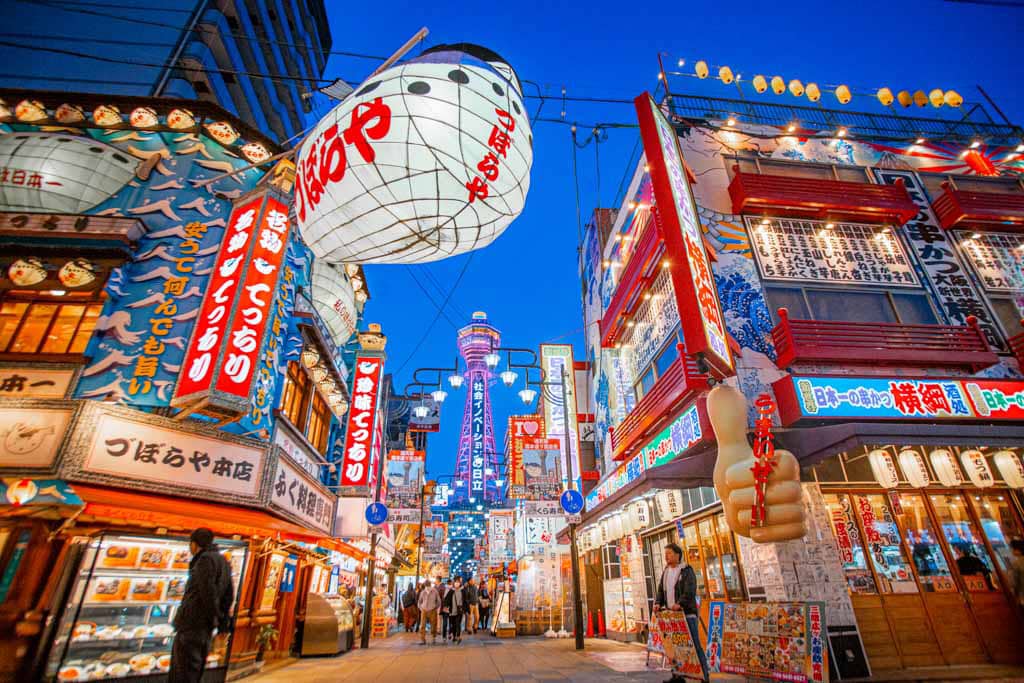 Located in the Kansai region on the Honshu island – the most populous island out of the 6,852 islands that make up Japan – the twin cities of Kyoto and Osaka are the most visited in Japan after Tokyo. Tourists flock to the closeby cities which are only an hour’s drive from each other and can be frequented in about 15 minutes by bullet train service which is also the fastest way to commute between Osaka and Kyoto. The cities are a part of the Keihanshin metropolitan area along with Kobe. The two cities come with different personalities and present a smooth blend of newfangled vivacity and a poised regal past. Be it the serene Kyoto or flamboyant Osaka visitors can expect a well-rounded experience.

The erstwhile imperial center, Kyoto is the storehouse of the Japanese culture with its string of temples and Shinto shrines. Having escaped the blitz of World War II most of the heritage sites in the city remain intact and unmarred to date. The architectural marvels aside, Kyoto offers old-world Japan with its many sensorial traditions and ceremonies such as tea ceremony, Zen meditation, Kabuki theatre, or geisha performances.

Having served as a trading port, Osaka still very much remains the financial hub of Japan. It’s the city of bright lights and dazzles anyone with its throbbing nightlife and attractions. Brimming with the usual touristy capers Osaka offers the best of shopping, food, and trendy Instagram-ready spots.

Here is a condensed travel guide to the neighboring cities. 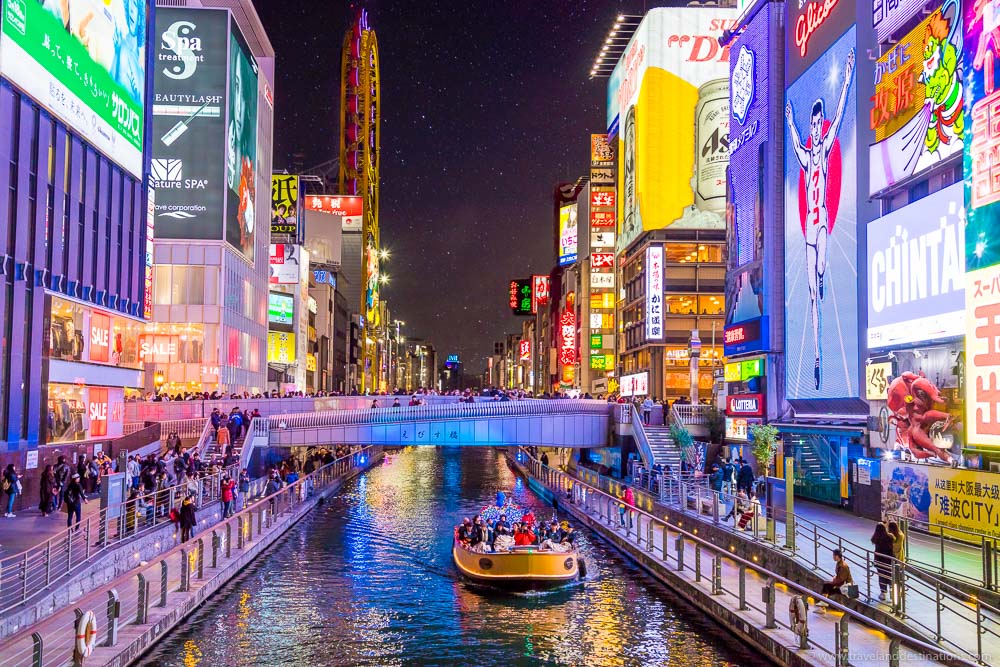 Both Kyoto and Osaka are dotted with places of tourist interest. While Kyoto offers a more culturally-immersive experience, Osaka is visually stunning and can be awe-inspiring in equal parts.

A UNESCO World Heritage Site, the temple sits pretty atop a mountain offering panoramic views of Kyoto. The design of the temple is famous for not having a single nail in its structure. Also explore Jishu Shrine, Otowa waterfall, and Okunoin hall when visiting the complex. The temple looks stunning in any season and can be visited throughout the year.

These 19th-century gardens built by Yamagata Aritomo, a significant name in the Japanese political history are a stunning example of a classic Japanese garden with influences from the Meiji period. With Higashiyama hills in the backdrop, the gardens are a perfect haunt for some reflection in solitude. 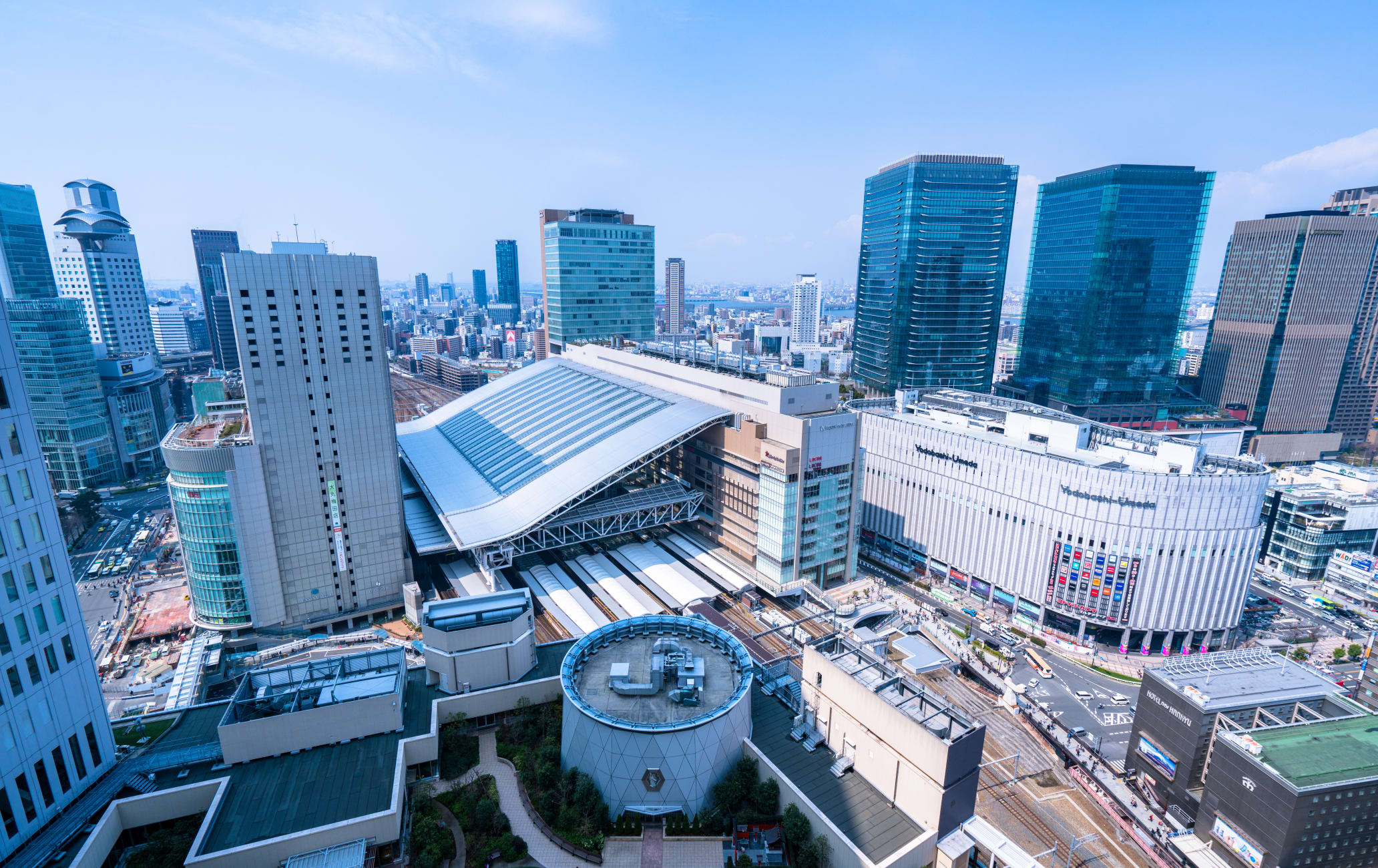 Shinsekai: Standing as a testimony to the last surviving pre-war modernity and what entertainment looked like in the 20th century, Shinsekai is among the top tourist attractions in Osaka. Developed in 1912, the neighborhood had New York and Paris as its inspiration and was modeled on the architectural and design sensibilities of the two cities at that time. Don’t forget to gorge on the local street food kushikatsu available almost in every corner of Shinsekai.

Shinsaibashi: The district is hailed as the most popular shopping destination in Osaka with hordes of tourists and local crowd thronging its streets and stores. The best thing about Shinsaibashi is that it can be visited come rain or sun as the entire arcade is covered. Amerika Mura, Dotonbori, Orange Street are a few centers that must be explored.

Whether you’re looking to shop for souvenirs for people back home or hunting for those little treasures neither Osaka nor Kyoto are going to disappoint as both have interesting finds strewn across their streets.

Uji Tea: When visiting Kyoto don’t miss out on sipping into one of the oldest teas in Japan. The green tea can be found served in temple gardens and many tea ceremonies. Uji is the second largest tea producing region in Japan and has been instrumental in Kyoto’s tea culture for centuries now. Tourists can also visit the sprawling tea plantations in Uji.

Kiyomizu Ware: The silken porcelain made out of hand known as Kyo yaki is another highlight of Kyoto. The painting of the overglaze on ceramics is yet another deft art and a tradition practiced even today. Dating back to the Momoyama period, it is said that the pottery was crafted in the precinct of Kiyomizodera temple after which the art form was named.

Bamboo Blinds: These blinds first came into existence in the Heian period and were used at residences of the then nobility. The bamboo used in making the blinds comes from the foot of Mt Kongo and the traditional Osaka Kongo sudare blinds are still seen at many places in Japan thanks to the production at Tondabayashi.

Iwa Okoshi: These delectable puff pastries made from millet are a local confectionery of Osaka which tourists must sample. In production since 1185, these can be compared to modern-day cereal bars which were packed by the Japanese on their journeys saving them from hunger pangs. Later it also became a popular gifting option for the local folk.

Both year-round destinations can be visited in any season and month depending on what you want to experience. Spring from late March to April is when the cities bloom cherry blossoms or Sakura. Top places to see cherry blossoms are Yoshino, Osaka Castle, Osaka Mint Bureau in Osaka and Maruyama Park, Heian Shrine, Okazaki canal in Kyoto. May to September is when tourists can indulge in riverside dining, beach hopping or witness the Gion festival. Come Autumn and the harvest moon festival pulls in a number of visitors. October to November is also an ideal time for hiking. Winter is when one can marvel at the Kabuki performances, relax in the onsen or hot springs or admire plum blossoms post the snow.

The cheapest and the best way to move around Osaka and Kyoto is by rail services. Take the high-speed Shinkansen rail service and buy the Japan Rail Pass for an easier commute. Travelers who do not wish to buy the rail pass can opt for Special Rapid Service which will cover the distance in about 25 minutes.

So, take your pick of experiences you would want to live. Plan a three-city tour including Tokyo, Osaka, and Kyoto for your Japan holiday today. 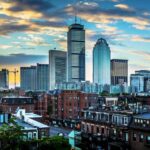 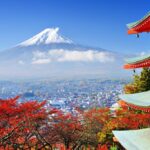