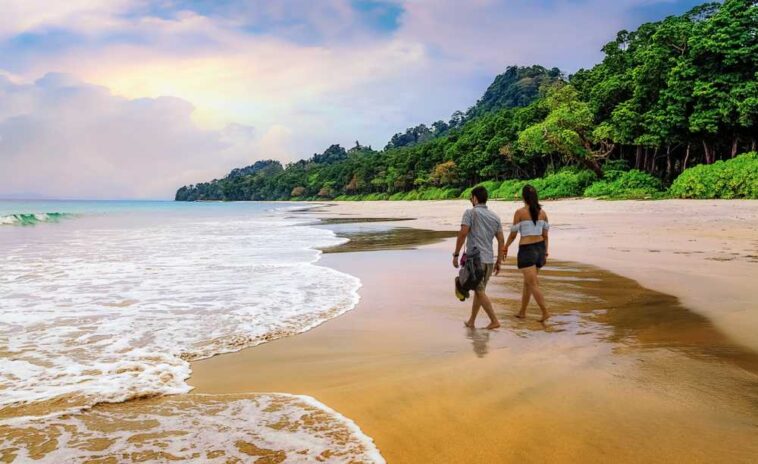 If romantic movies can serve us a perfectly perky Meg Ryan rushing to the Empire State Building to catch Tom Hanks in Sleepless in Seattle or serendipitous encounters between Julia Roberts and Hugh Grant in Notting Hill, surely we can recreate these moments of cinematic bliss for our own purposes of amore, right? From an impassioned boat ride in South Carolina low country to dancing declarations of love high above the City of Angels, here is a list of lovey-dovey spots where you can go with your significant other and capture a bit of your own movie magic. 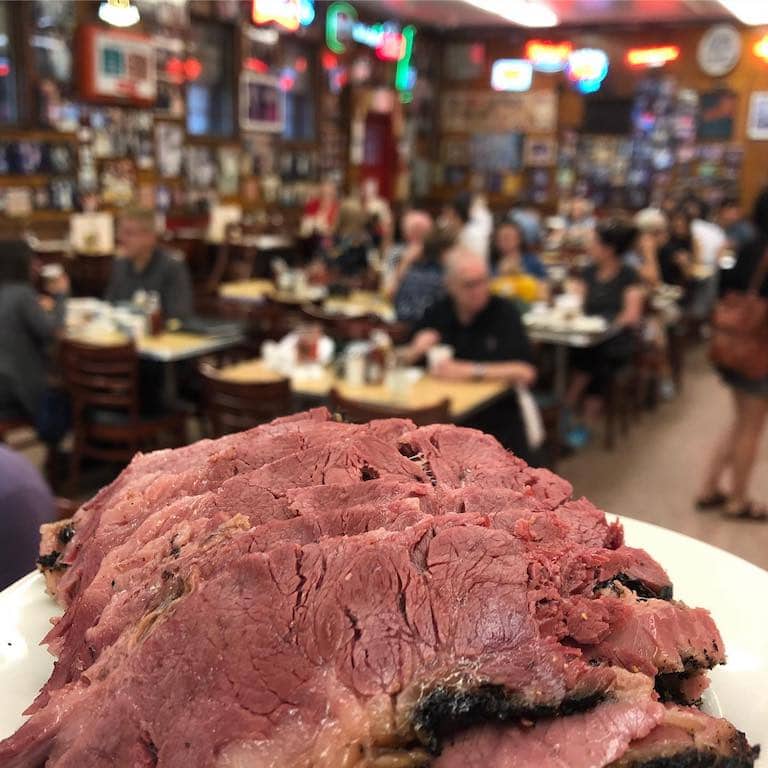 This Lower East Side institution has been around for more than a century but was made famous in the 1989 romantic comedy thanks to the scene where Meg Ryan fakes a table side orgasm for Billy Crystal to prove he doesn’t know women quite as well as he thinks. The extra who famously says, “I’ll have what she’s having,” is none other than director Rob Reiner’s mother. In 2019, in honor of the film’s 30th anniversary, the deli hosted a fake orgasm contest where diners recreated the boisterous scene. 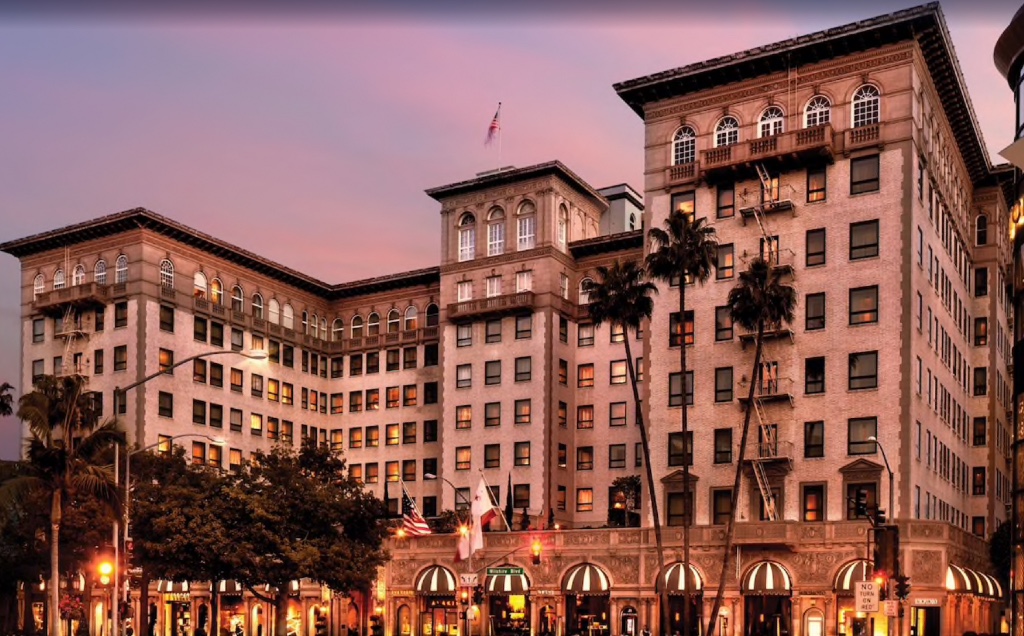 The 1990 Julia Roberts-Richard Gere film Pretty Woman found us rooting for sex worker Vivian Ward and high-powered exec Edward Lewis after spending their first night together at the Beverly Wilshire Hotel. The hotel celebrated the film’s anniversary in 2015 by introducing a movie-themed package, but film lovers can follow in Vivian Ward’s footsteps by going on their own Rodeo Drive shopping jaunt—hopefully minus the rude saleslady—or get some styling tips from the hotel’s staff, plus a lesson in fine dining cutlery. If your significant other happens to be a cheap date, head to the Las Palmas Hotel, which stood in for the apartment building where Edward Lewis pulled up in a white limo with red roses playing Verdi’s La Traviata. 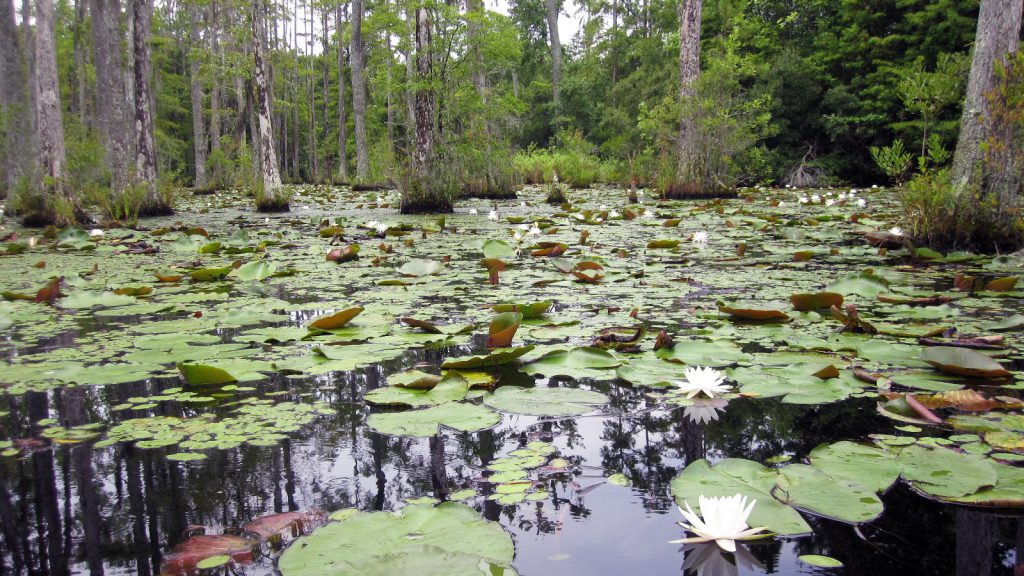 Much of this movie based on the Nicholas Spark book was filmed within or just outside of Charleston but the location that really caught our attention was where Noah and Allie took a boat ride amidst many cypress trees and a bevy of swans. It turns out that picturesque scene happened at Cypress Gardens, a public attraction where you can take a similar boat ride or pay a small fee to have a third wheel—or, um, guide—take you along the journey. As for the birds, we don’t mean to disappoint you, but they were brought in as extras for that magical movie moment. 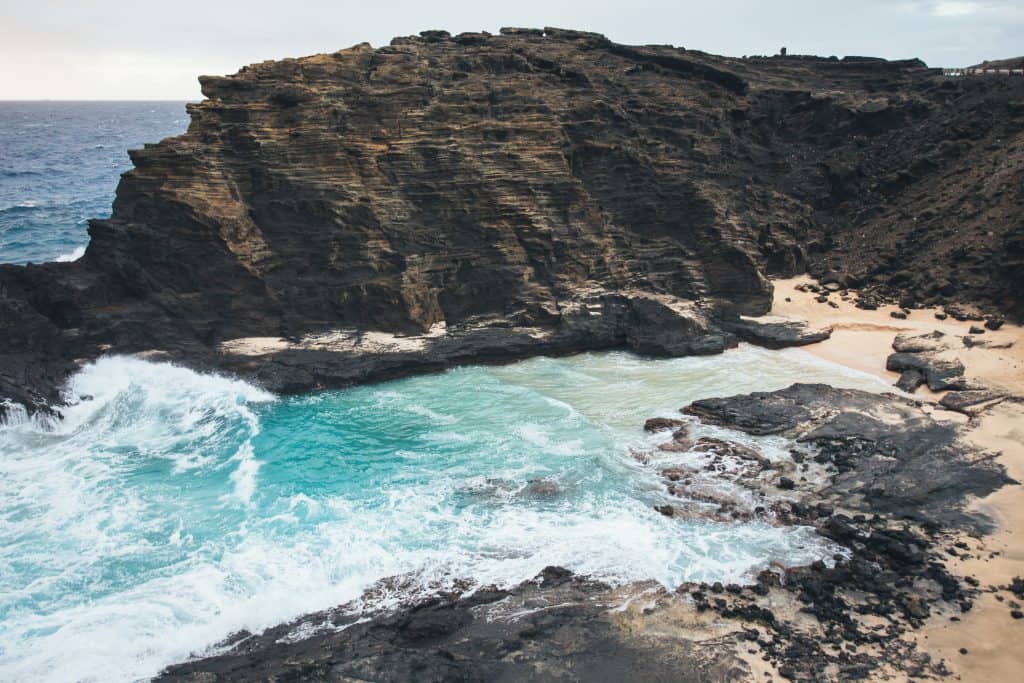 This intimate cove featuring a small sandy beach along a lava rock shoreline has a huge role in this film with Deborah Kerr and Burt Lancaster. It was the location of the on-screen couple’s iconic kiss while rolling around in the sand and surf, and seeing this place will also make hearts pound with the wonder of its landscape. However, we strictly advise you not to exactly recreate the film’s famous embrace because the cove’s high surf and rough ocean conditions can make swimming dangerous. You should also wear protective footwear, as the ground is rocky and steep. So sexy, we know. 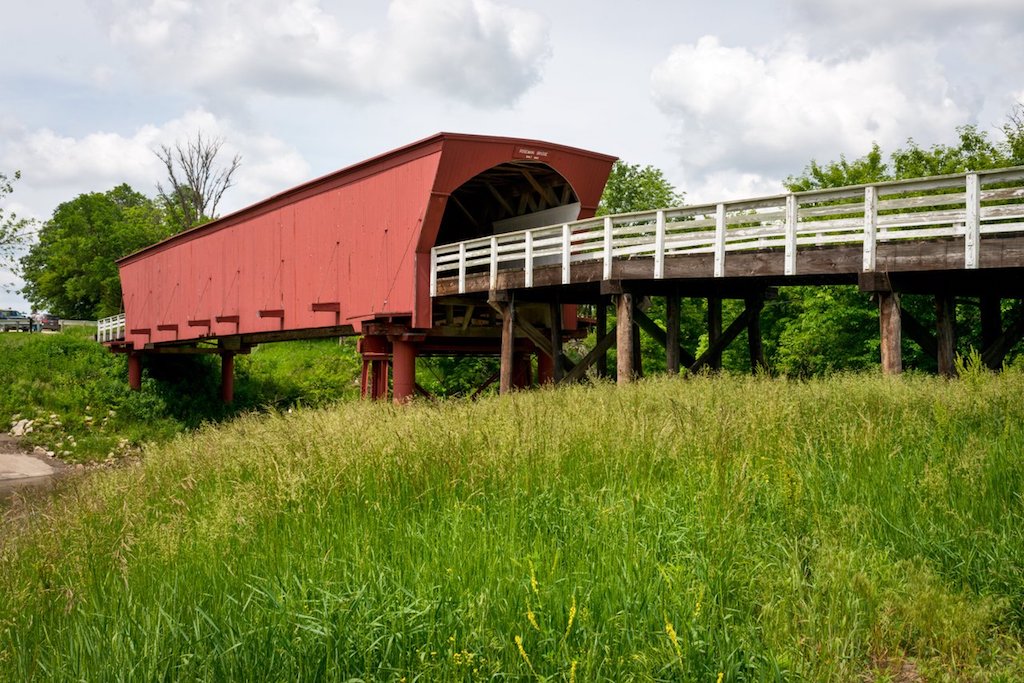 Make a road trip to see the bridges of Madison County made famous in the 1995 film (based on the novel of the same name) starring Clint Eastwood and Meryl Streep. Pick up a map from the Madison County Chamber of Commerce and Visitor Center and drive together to the county’s covered bridges. Be sure to see two in particular: The Roseman Bridge is the one Robert Kincaid was looking for when he stopped at Francesca Johnson’s house for directions. It’s also where she leaves a note inviting him to dinner. On the book’s cover, the Cedar Covered Bridge is where Streep goes to meet Eastwood; after being destroyed by arson, the bridge was rebuilt and re-opened in fall 2019.

It’s easy to fall in love with the streets of Paris, but only one acted as the starting point of a late-night, time-traveling adventure! In this Woody Allen rom-com, Owen Wilson as Gil Pender visits Paris with his fiancé and her family until a midnight stroll and a mysterious vintage Peugeot roll up and sweep him out for a night on the town—and into a past featuring Jazz Age literary and artistic icons. Sit on the steps of the Saint-Étienne-du-Mont just like Wilson did and see if Hemingway and the Fitzgeralds swing by to pick you up!

Before Sunrise – Vienna, Before Sunset – Paris, Before Midnight – Greece 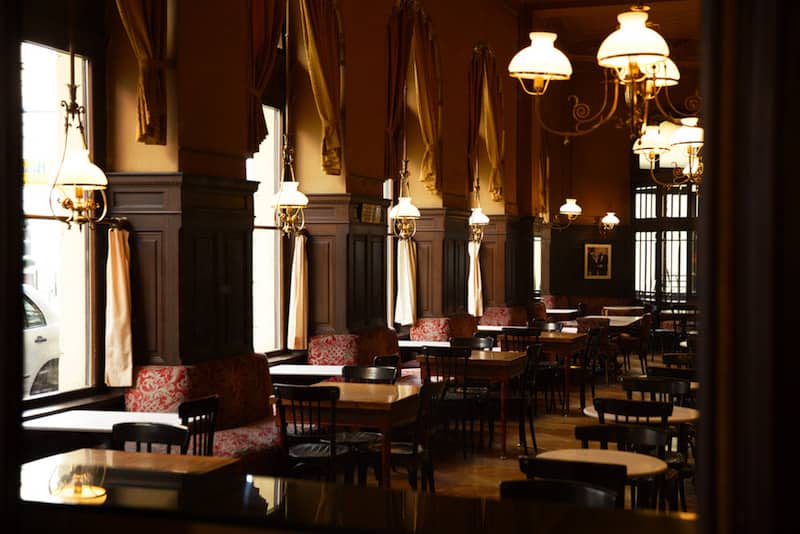 We followed along with the incredible connection between Ethan Hawke’s Jesse and Julie Delpy’s Celine for decades, beginning with their chance encounter in Vienna, then to their reconnection in Paris, and then to being married and on vacation in Greece’s southern Peloponnese. Start in Vienna where Before Sunrise, the first in this romantic film’s trilogy, begins. First head the Westbahnhof station in Europaplatz where the couple first met. Next, walk along the Zollamtssteg Bridge, share a kiss on the Riesenrad, a Ferris wheel at the Prater amusement park, and then re-enact their telephone chat at Café Sperl. Continue the journey in Paris where Before Sunset begins and where Celine comes to see Jesse’s author event at famed bookstore Shakespeare & Company. Then take a long (but in the movie, short) walk to Le Pure Café, and stroll along the Promenade Plantée—the French version of NYC’s High Line. In Before Midnight, visit the home where Jesse attends a writing workshop (where, ironically, British author Patrick Leigh Fermor once lived). It’s now owned by the Benaki Museum and can be seen on tours.

This tearjerker based on the Cecelia Ahern novel has brought attention to the Irish countryside, specifically Wicklow, where Hillary Swank and on-screen hubby Gerald Butler meet each other at Wicklow National Park, located about an hour’s drive south of Dublin. It’s at a mountain pass here known as Sally Gap where the couple shares their first kiss! 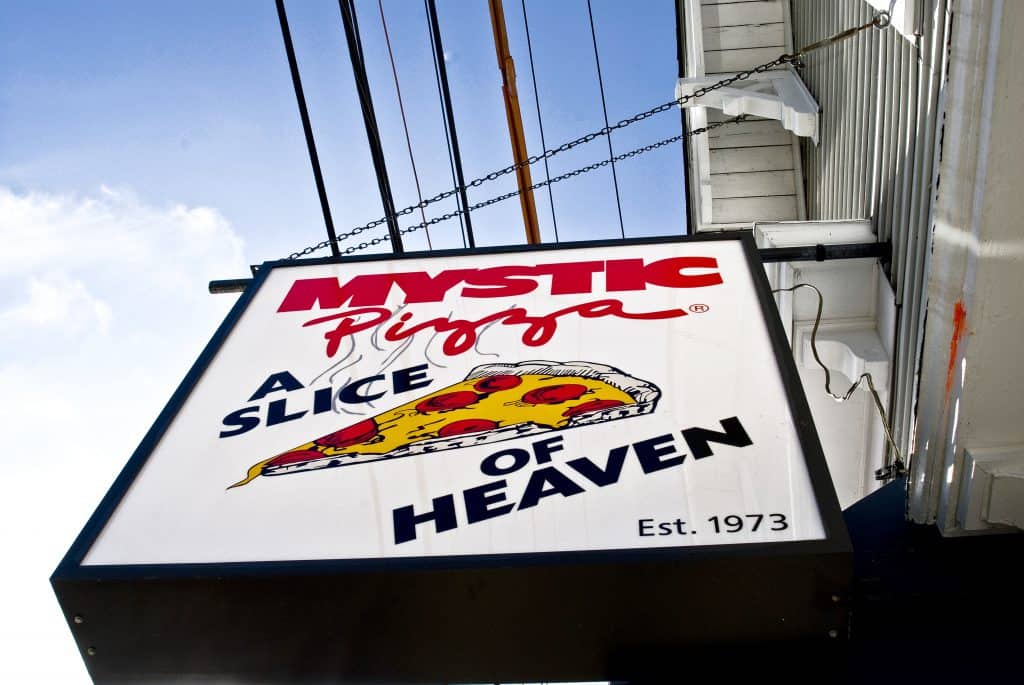 This Julia Roberts cult film not only explored the romantic lives of three young waitresses (one of them being Roberts) at a pizzeria in coastal Connecticut but also showed us a slice of this real-life restaurant. While moviegoers watched the cast dish about relationships both in and out of the kitchen, it’s possible to dine at the actual main location in downtown Mystic. Fans still flock here for the ambiance, and yes, pizza, to this day. 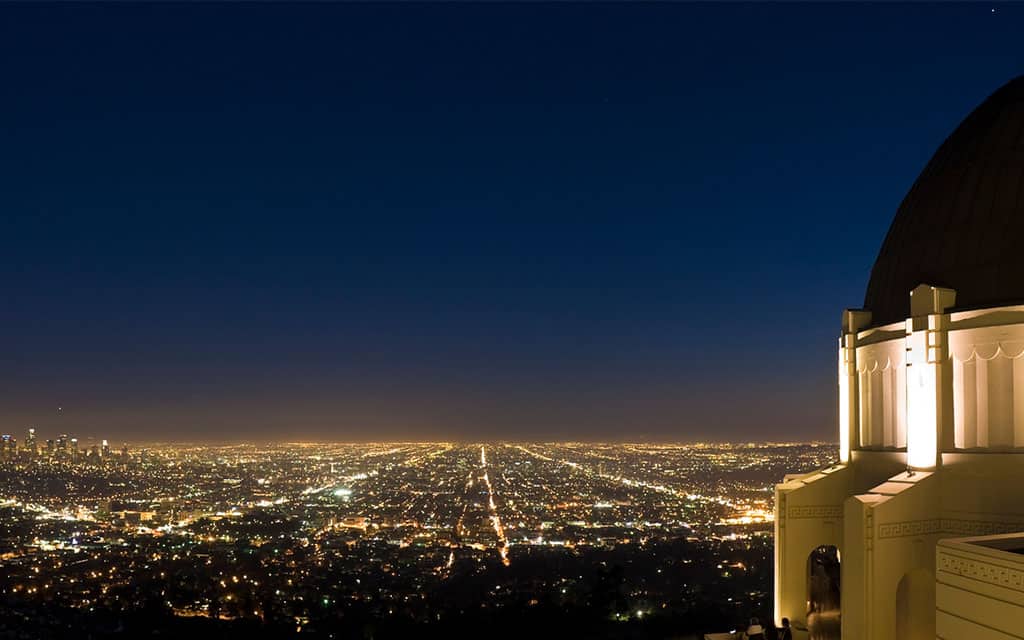 Ryan Gosling and Emma Stone’s running around the City of Angels involves stops at many famous places, but overall we love watching those two burst out the showstopper “A Lovely Night” in the city’s massive municipal park. Gosling’s Sebastian and Stone’s Mia serenade each other with a breathtaking view of the San Fernando Valley as their backdrop. This number was filmed at a spot in Griffith Park called “Cathy’s Corner” off Mount Hollywood Drive. While at the park, head to the Griffith Observatory, another film location that has made appearances in movies like Rebel Without A Cause and Transformers. 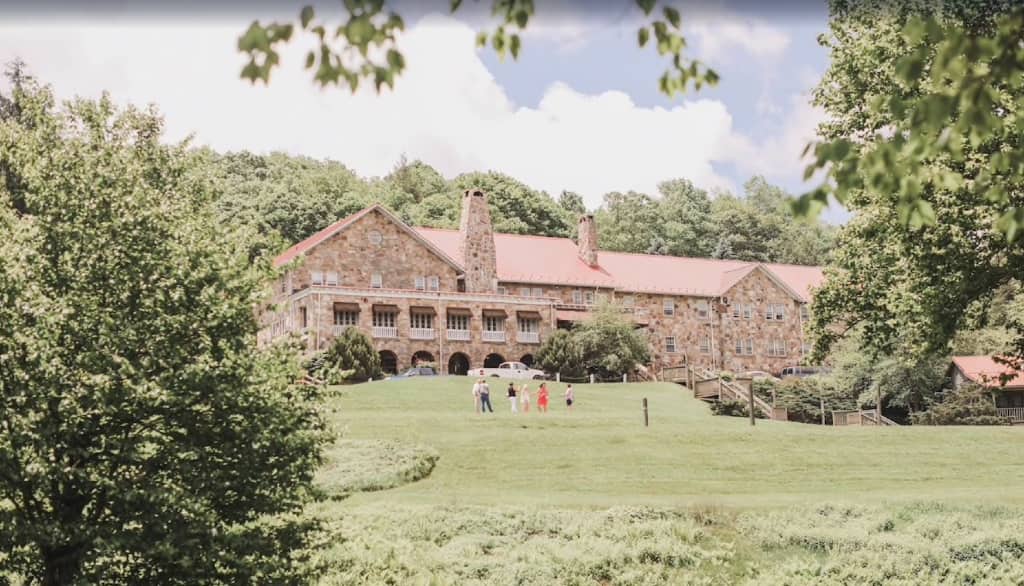 You won’t be heading to the Catskills in New York State to see where Jennifer Grey and Patrick Swayze had the time of their lives in this beloved 1987 movie. Instead, you’ll head south to two places in two states—and both of them hold Dirty Dancing themed events! The exterior of the film’s Kellerman Resort is actually Mountain Lake Lodge; its Virginia Cottage is where Baby and the Housemans stayed in the film and you can stay here, too! At Lake Lure, see the staircase that Baby used to practice her steps, and carry a watermelon, and take guided boat tours pointing out various movie-related scenes. Meanwhile, the lobby floor at the Esmeralda Inn was partially constructed from the flooring used in the film. 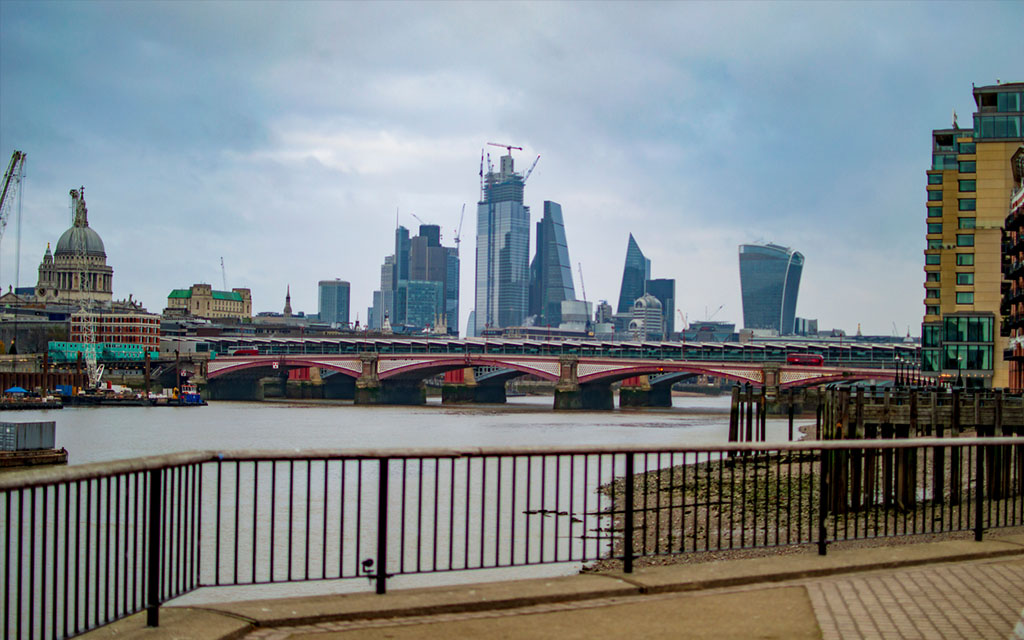 Heathrow Airport is where this film begins and ends, and the London department store Selfridges is where we see the funny and awkward sales transaction between Alan Rickman and Rowan Atkinson. And who can forget the surprise musical number at the wedding of Keira Knightley’s Juliet and Chiwetel Ejiofor’s Mark at The Grosvenor Chapel? But hopeless romantics can have a chat just like Liam Neeson and his on-camera stepson did on a bench at trendy Gabriel’s Wharf. If you can’t find a bench to sit on, walk and vent talk along with the South Bank with views of the Thames River. 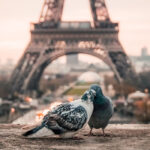 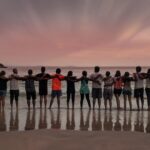